With the majority of Australia’s population base centred in the capital cities, and the political focus quite often also concentrated in these areas, it’s easy to forget about the coastal regional towns that bind the east coast and provide for our most popular boating motorway in the country.

Not ignoring our friends in Western Australia, South Australia and Tasmania, the boating motorway from Melbourne to Cairns sees the majority of private and charter boat movements each year, everything from the sun chasers moving north through winter, to deliveries of new and used boats from the manufacturing hub of South-east Queensland, and the annual pilgrimage of display boats that move between Sydney and the Gold Coast for the premium boat shows of Sanctuary Cove and Sydney International Boat Show.

There is also the growing superyacht, luxury cruiser and game fishing charter boat markets that also move north during the winter to experience the wonders of the Great Barrier Reef and then south in summer to escape the tropical cyclones and to view the spectacular New Year Eve fireworks and the wonders of the Gold Coast waterways, Sydney Harbour and the serenity of the Pittwater Hawkesbury cruising grounds.

If amendments to the Coastal Trading Act legislation currently in front of the Federal Senate are passed, Australia could witness a significant increase in superyacht charter boats entering our waters to enjoy the wonders of our countryside, cities and waterways. The result of this will be a shot in the arm to tourism revenue and the small local businesses such as providores and maintenance services that support the boats whilst they are in town.

Dropping the ball on minor ports

Small coastal regional towns are critical for providing safe harbour, reprovisioning and respite to the smaller cruising boats on their north or south journeys, as well as offering spectacular coastal scenery and tourism attractions for these and the larger charter boats seeking out things to see and do whilst cruising in Australia. Although great opportunities exist, successive State governments have typically dropped the ball in maintaining safe passage and supporting infrastructure in the regional minor ports that were created mostly for the fishing industry or trade back in the 1970s and 80s.

Lack of government policy and funding has meant that once navigable river entrances have now silted up making them difficult or dangerous to navigate. Protective seawalls have deteriorated, and the wharf or jetty structures have become dilapidated to a point where they are unsafe for public access, or are not sufficiently engineered to securely moor the vessels of today’s size and weight.

Just prior to the GFC, Crown Lands NSW got its act together with a strategy, policy, funding and a team motivated to improve the NSW minor ports through private public partnerships and head lease tenures that promoted investment, jobs and great community outcomes. Batemans Bay Marina on the south coast was the first cab off the rank with a $60 million waterfront tourism development proposed for the site. Unfortunately, the GFC changed the financial risk, funding model and priorities of the lessor of the time, while at the same time the NSW Independent Commission Against Corruption (ICAC) dragged the broom through Crown Lands with several heads rolling.

Lack of government policy and funding has meant that once navigable river entrances have now silted up making them difficult or dangerous to navigate.

Since then, Crown Lands has come to a grinding halt with a lack of direction and strategy, and many of its officers are nervous to make decisions in case ICAC pays them a visit. There are examples of head leases taking over ten years to renew, while seaway bar dredging is either non-existent or underfunded with no long-term strategy in place. More recently there has been increased noise on strategy and funding; however the deliverables to date have either not been seen, undercooked or extremely slow.

As a result, private investment in ‘public’ infrastructure is not possible due to uncertainty around tenure and rent payable for the marine business operator, and the community has restricted access to the waterways and commercial opportunities that are linked to the marine industry.

Marinas and town wharves are intrinsic to these coastal regional towns and are often the centrepiece drawcard for the community and visitors to the region. If you have visited Nelson Bay in NSW or Airlie Beach in Queensland, you will know the importance and attraction of the local marinas to those communities. They not only offer the necessary infrastructure for marine tourism, fishing and trade to offload their passengers and produce, they also provide leisure and recreational opportunities for the public to go boating, dine, walk and play within or alongside the facilities. The economic benefits and jobs created by this activity are both direct to these businesses, and indirect to all the upland businesses that support and supply them, and service or maintain the vessels and marine infrastructure.

It is imperative that State governments recognise the importance of these towns and the significant opportunities that exist within them. Most of these towns suffer high youth unemployment and stagnant economies in comparison to the capital cities. With clear strategy, policy and motivation by government, these coastal towns could thrive and play a significant role in tourism, business, increased jobs and prosperity, not only locally but for the entire country.

This article was first published in the January-February 2019 issue of Marine Business magazine. 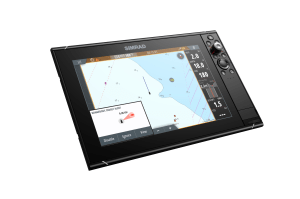